Gonorrhoea is a sexually transmitted infection caused by Neisseria gonorrhoeae. This infection is spread from one person to another through unprotected sexual activities. So, people with numerous sexual partners or those who neglect the use of condoms are at a greater risk of contracting this disease.

Let’s digest some facts about about sexually transmitted infections (WHO):

This venereal disease is caused by a bacterium Neisseria gonorrhoeae, which is also known as gonococcus. Apart from gonorrhoea, it also causes several other forms of gonococcal diseases such as septic arthritis, disseminated gonococcemia, and gonococcal ophthalmia neonatorum. It is a gram-negative diplococci bacteria, and was first isolated by Albert Neisser in 1879.

Neisseria gonorrhoeae can cause infections of the genitals, eyes, and throat. In most cases, asymptomatic infections are common in both male and females. When this bacterium is left untreated, it spreads to the rest of the body (as in disseminated gonorrhoea infection), particularly the joints (septic arthritis). In women, untreated infection may cause pelvic inflammatory disease and a possible infertility due to scarring. 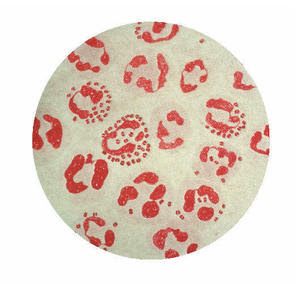 As mentioned earlier, gonorrhoea is transmitted from one person to another through sexual activities, including oral sex. If you have sex with a person infected with gonorrhoea, then you stand the risk of contracting this disease. Women are said to have a higher risk of contracting the infection than men. If an uninfected woman haves sex with an infected man, her chance of getting the disease is estimated as 60-80%. On the other hand, if an uninfected man haves sex with an infected woman, his chance of contracting the infection is estimated at 20%. Of course this risk estimates are based on a single act of vaginal intercourse.

Other means of getting this disease is from a pregnant woman who is infected to her unborn child. It happens during the process of childbirth. If it affects the infant’s eyes, it is referred to as ophthalmia neonatorum.

There are many modern antibiotics that can treat gonorrhoea. At present, there are no any over the counter medications or home remedies that can effectively treat gonorrhoea. If you have a feeling that you have contracted this disease, then the best thing you should do is to visit a healthcare professional.

In most cases, gonorrhea is treated with a single dose of Azithromycin by mouth, or through injection of Ceftriaxone. As of 2015-2016, the Center for Disease Control (CDC) and World Health Organisation (WHO), only recommends the use of either Ceftriaxone or Azithromycin in the treatment of gonorrhoea.

Due to Neisseria gonorrhoeae’s resistance, many antibiotics that were once effective in treating this disease are no longer recommended. Penicillin, tetracycline, and fluoroquinones are examples of such antibiotics.

Abbati studied Biological sciences at Ahmadu Bello Univeristy, Zaria. He loves learning about the medicinal properties of foods, and the need to explore them!

View all of Abbati's posts.
Go to mobile version